3D
Scan The World
3,027 views 252 downloads
1 collection
Community Prints Add your picture
Be the first to share a picture of this printed object
0 comments

Marguerite de Navarre (11 April 1492 – 21 December 1549), also known as Marguerite of Angoulême and Margaret of Navarre, was the princess of France, Queen of Navarre, and Duchess of Alençon and Berry. She was married to Henry II of Navarre. Her brother became King of France, as Francis I and the two siblings were responsible for the celebrated intellectual and cultural court and salons of their day in France.

Marguerite is the ancestress of the Bourbon kings of France, being the mother of Jeanne d'Albret, whose son, Henry of Navarre, succeeded as Henry IV of France, the first Bourbon king.

As an author and a patron of humanists and reformers, she was an outstanding figure of the French Renaissance. Samuel Putnam called her "The First Modern Woman". 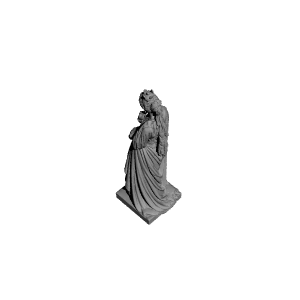 ×
1 collections where you can find Marguerite d'Angouleme at the Jardin du Luxembourg, Paris by Scan The World