3D
Scan The World
5,895 views 584 downloads
4 collections
Community Prints Add your picture
Be the first to share a picture of this printed object
0 comments

Madame Marguérite Le Comte (b. 1719) is the subject of this bronze portrait bust by Guillaume Coustou II (1716-1777), which dates from the middle of the 18th century. Coustou was part of a family of sculptors. He won the Prix de Rome in 1735 which entitled him to study in Rome at the prestigious French Academy 1736-39, and he went on to have a successful career.

Madame Le Comte was the wife of a 'procureur au Chatelet' (official prosecutor for the judicial area of Chatelet, in Paris). She was also the mistress of the wealthy Academician (painter) Henri Watelet and they travelled to Italy together. Watelet's book on the Art of Painting (Art de Peindre), 1760, was illustrated by Marguerite Le Comte. An account of their trip to Italy was published in 1764.

Marguerite Le Comte was an accomplished amateur artist and the wife of a high-ranking civil servant. She was the long-term mistress of the wealthy art theorist Claude-Henri Watelet, who taught her pastel painting and with whom she later travelled to Italy. She illustrated his The Art of Painting, published in 1760, and became a member of the Academies of Rome, Florence, Parma and Naples. 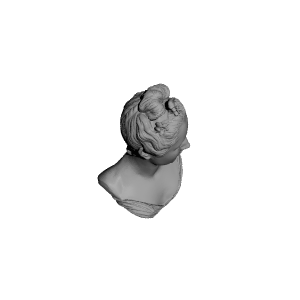 ×
4 collections where you can find Marguérite Le Comte by vam