3D
Scan The World
2,706 views 79 downloads
1 collection
Community Prints Add your picture
Be the first to share a picture of this printed object
0 comments

Maria Olaru (born June 4, 1982) is a retired Olympic artistic gymnast from Romania. She is an Olympic, World, and European gold medalist with the team. Individually, she was the 1999 all around world champion and the 2000 Olympic all around silver medalist. Her best event was the vault on which she medaled at world and continental competitions. Olaru was one of the tallest gymnasts competing in the late 1990s, standing 160 cm (5 ft 3 in). After retirement she became an assistant professor at the Faculty of Sports and Physical Education of the West University of Timișoara.

There is some supports on the model after printing but easy to clean and model is quite solid, so no risk to brake any part on the model when it is cleaning. Enjoy your print. 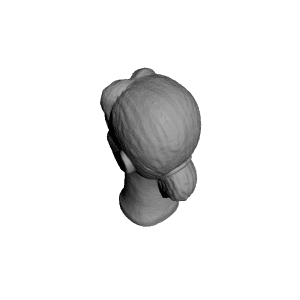 ×
1 collections where you can find Maria Olaru bust in Deva, Romania by apllana