A number of female figures have been employed to represent the French Republic. Two of these are Marianne and Liberty - they are not the same. Marianne as on the left is usually young. She wears aPhrygian cap (or Liberty Cap) and freely displays her ample charms. Liberty is generally more matronly, more modestly attired, and wears a crown. But the distinction is not always clear and one of the most famous representations of Liberty (by Delacroix) shows her decolloté and wearing a Liberty cap. During the last thirty years she has taken on the features of Brigitte Bardot, Catherine Deneuve and those of French fashion models, Inès de la Fressange and Laeticia Casta.

Brigitte Anne-Marie Bardot (born 28 September 1934) is a French former actress, singer and fashion model, who later became an animal rights activist. She was one of the best known sex symbols of the 1950s and 1960s and was widely referred to by her initials. Starting in 1969, Bardot became the official face of Marianne (who had previously been anonymous) to represent the liberty of France. 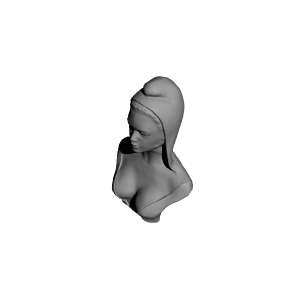