Marie-Adelaide de Savoie as Diana at the Louvre museum, Paris

3D
Scan The World
3,491 views 259 downloads
1 collection
Community Prints Add your picture
Be the first to share a picture of this printed object
0 comments

Marie-Adelaide de Savoie as Diana at the Louvre museum, Paris

Princess Marie Adélaïde of Savoy (6 December 1685 – 12 February 1712) was the wife of Louis, Dauphin of France, Duke of Burgundy. She was the eldest daughter of Duke Victor Amadeus II of Savoy and of Anne Marie d'Orléans. Her betrothal to the Duke of Burgundy in June 1696 was part of the Treaty of Turin, signed on 29 August 1696. She was the mother of the future King Louis XV of France. Styled as Duchess of Burgundy after her marriage, she became Dauphine of France upon the death of her father-in-law, Le Grand Dauphin, in 1711. She died of measles in 1712, followed by her husband a week later. 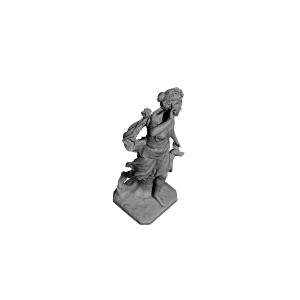 ×
1 collections where you can find Marie-Adelaide de Savoie as Diana at the Louvre museum, Paris by Scan The World