Marie de' Medici (26 April 1575 – 3 July 1642) was Queen of France as the second wife of King Henry IV of France, of the House of Bourbon. She herself was a member of the wealthy and powerful House of Medici. Following the assassination of her husband in 1610, which occurred the day after her coronation, she acted as regent for her son, King Louis XIII of France, until he came of age. She was noted for her ceaseless political intrigues at the French court and extensive artistic patronage.

Marie was crowned Queen of France on 13 May 1610, a day before her husband's death. Hours after Henry's assassination, she was confirmed as regent by the Parliament of Paris. She immediately banished his mistress Catherine Henriette de Balzac d'Entragues from the court.

The construction and furnishing of the Palais du Luxembourg, which she referred to as her "Palais Médicis", formed her major artistic project during her regency. The site was purchased in 1612 and construction began in 1615, to designs of Salomon de Brosse. Her court painter was Peter Paul Rubens. 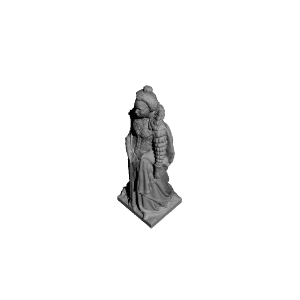 ×
2 collections where you can find Marie de' Medici at the Jardin du Luxembourg, Paris by Scan The World
×
3DLirious
@3DLirious
0
Posted at: 29th May 2022
Loading comments...