3D
360°
Featured Scan The World
1,108 views 114 downloads
Community Prints Add your picture
Be the first to share a picture of this printed object
0 comments

Marie Louise Gonzaga (Polish: Ludwika Maria; 18 August 1611 – 10 May 1667) was Queen of Poland and Grand Duchess of Lithuania by marriage to two Kings of Poland and grand dukes of Lithuania, brothers Władysław IV and John II Casimir. She was born in Nevers to Charles I, Duke of Mantua, and Catherine of Guise.

An active and energetic woman, she was a strong supporter of monarchy and religious persecution, for which she was disliked by the highly democratic Polish court and Polish nobility. However, she managed to stay involved in the Commonwealth's politics, which led to the foundation of the first Polish newspaper as well as other public institutions.

Together with Bona Sforza, she is regarded as one of the most influential and most powerful queens of the Kingdom of Poland and the Polish-Lithuanian Commonwealth. 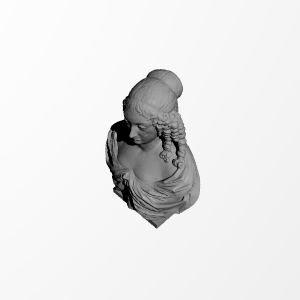 ×
0 collections where you can find Marie Louise Gonzaga by nationalmuseumswe