Mars at the The Collection, Lincoln, UK

Mars at the The Collection, Lincoln, UK

This sculpture depicts Mars, famed for being the god of war and an agricultural guardian. He was the most prominent of the military gods in the religion of the Roman Army. In this sculpture he is posed, leaning against a tree which resembles the ceremony for harvest. He wears a helmet, iconic in most depictions of Mars.

The original sculpture was carved out of marble by John Gibson in the 19th Century and is on permanent display at the Usher Gallery in Lincoln. 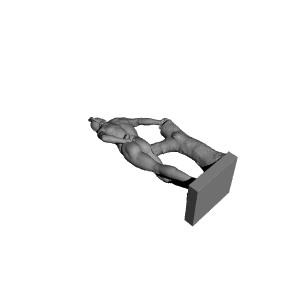 ×
4 collections where you can find Mars at the The Collection, Lincoln, UK by Threedscans
×
Erik Thibado
@ErikThibado
3
Printed on: Other
Material: PLA
Posted at: 19th May 2022