3D
Scan The World
1,439 views 78 downloads
1 collection
Community Prints Add your picture
Be the first to share a picture of this printed object
0 comments

In Greek mythology, the satyr Marsyas (/ˈmɑːrsiəs/; Greek: Μαρσύας) is a central figure in two stories involving death: in one, he picked up the double oboe (aulos) that had been abandoned by Athena and played it; in the other, he challenged Apollo to a contest of music and lost his hide and life. In antiquity, literary sources often emphasise the hubris of Marsyas and the justice of his punishment.

In one conjunction Rhea/Cybele, and his episodes are situated by the mythographers in Celaenae (or Kelainai) in Phrygia (today, the town of Dinar in Turkey), at the main source of the Meander (the river Menderes). 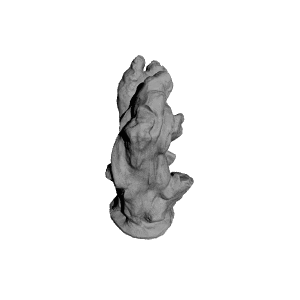 ×
1 collections where you can find Marsyas by Scan The World