The sculptor Cousin was one of the French artists hired for the palace works. The casual style of dress, with unbuttoned shirt, suggests this is an artist portrait, perhaps of a colleague on the palace site. The bust was previously believed to be of the painter Martin van Meytens the Younger, but he had already left the country when Cousin arrived in 1737. The style of the work is unusually realistic for the period. 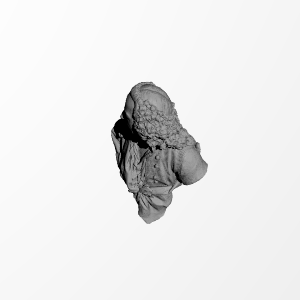