3D
5,694 views 146 downloads
2 collections
Community Prints Add your picture
Be the first to share a picture of this printed object
0 comments

A sculpted bust of the Salarian race from Mass Effectvideo game, perfect for painting.

The second species to join the Citadel, the salarians are warm-blooded amphibians native to the planet Sur'Kesh. Salarians possess a hyperactive metabolism; they think fast, talk fast, and move fast. To salarians, other species seem sluggish and dull-witted, especially the elcor. Unfortunately, their metabolic speed leaves them with a relatively short lifespan; salarians over the age of 40 are a rarity.Mass Effect is a science fiction action role-playing third person shooter video game series. The trilogy revolves around a soldier by the name of Commander Shepard, whose mission is to save the galaxy from a race of powerful mechanical beings known as the Reapers and their agents. 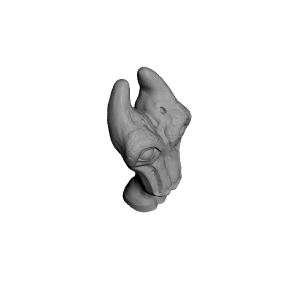