This is a sculpted sandstone slab depicting Matsya. In this large and striking sculpture of the first incarnation of Vishnu, the fish form of the 'avatara' occupies the central ground. His saviour qualities are suggested by the shrine he carries on his back, which he has rescued from the all-consuming waters.

It has been suggested that many of the visual references are specific to Prayaga (modern Allahabad), sacred on account of the juncture of the Ganges and the Jumna. If so, the devotee who took 'darshan' of this image may have thus obtained benefit partly equivalent to a pilgrimage to Prayaga itself. 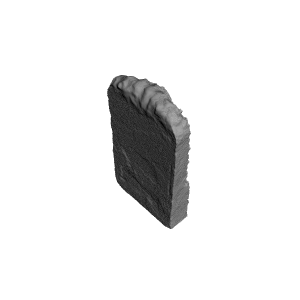