3D
Scan The World
4,496 views 540 downloads
2 collections
Community Prints Add your picture
Be the first to share a picture of this printed object
0 comments

The Medici lions are a pair of marble sculptures of lions, one of which is of ancient origin, the other a 16th-century pendant; both were by 1598 placed at the Villa Medici, Rome, and since 1789 have been displayed at the Loggia dei Lanzi, Florence. The sculptures depict standing male lions with a sphere or ball under one paw, looking to the side. The Medici lions have been copied, directly or with variations, in many other locations.

This is a copy of Fancelli's ancient lion from Rome and accompanies its counterpart, Vacca's lion, also available on Scan the World. This copy was made in 1822 to feature at the entrance of Yelagin Palace. 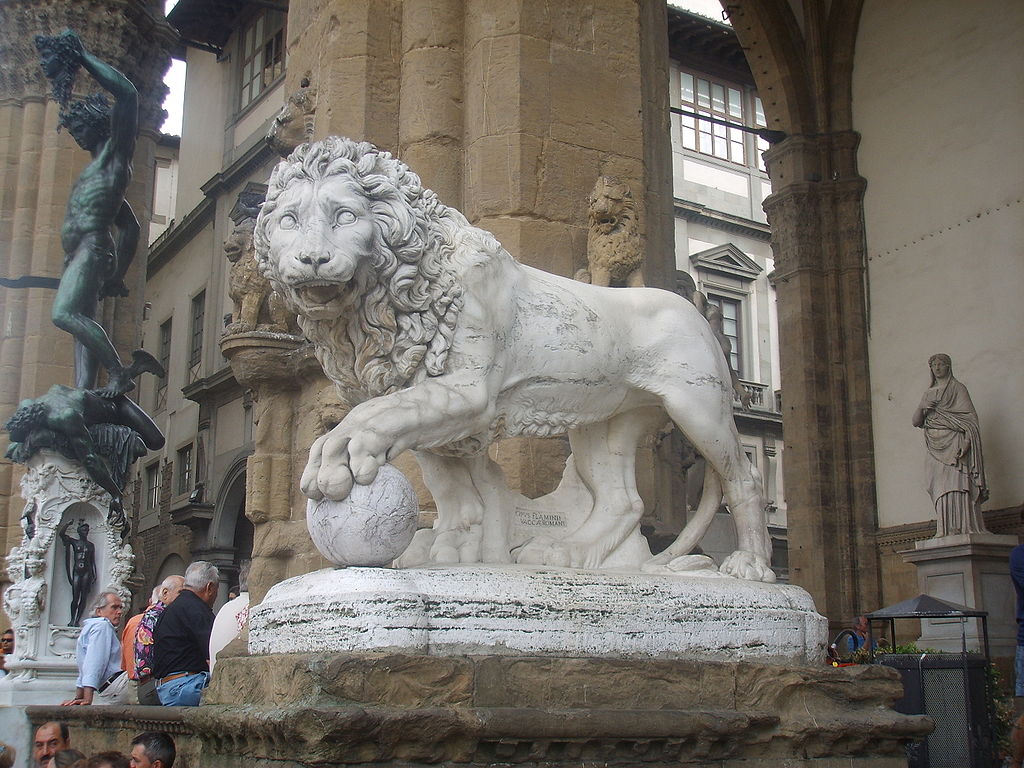 A pair of lions were required by Ferdinando I de' Medici, Grand Duke of Tuscany, who had acquired the Villa Medici in 1576, to serve as majestic ornaments for the villa's garden staircase, the Loggia dei leoni. The first lion originates from a 2nd-century marble that was first mentioned in 1594, by the sculptor Flaminio Vacca, by which time it was already in the collection of Ferdinando; Vacca reported that it had been found in the via Prenestina, outside Porta San Lorenzo. According to Vacca, the lion had been a relief, which was carved free of its background and reworked by "Giovanni Sciarano" or Giovanni di Scherano Fancelli, of whom little is now known. 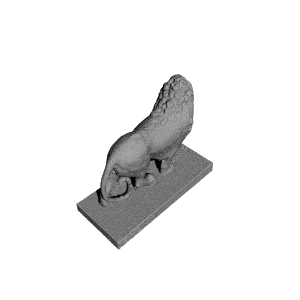