3D
Scan The World
1,694 views 71 downloads
1 collection
Community Prints Add your picture
Be the first to share a picture of this printed object
0 comments

Andrea Pisano (Pontedera 1290 – 1348 Orvieto) also known as Andrea da Pontedera, was an Italian sculptor and architect. Andrea Pisano, while living in Florence, also produced many important works of marble sculpture, all of which strongly show Giotto's influence. In 1340 he succeeded Giotto as Master of the Works of Florence Cathedral. There he produced a series of reliefs, possibly designed by his former teacher, including the double band of panel-reliefs which Pisano executed for the great campanile. The subjects of these are the Four Great Prophets, the Seven Virtues, the Seven Sacraments, the Seven Works of Mercy and the Seven Planets. The duomo contains the chief of Pisano's other Florentine works in marble. In 1347 he became Master of the Works at Orvieto Cathedral, which had already been designed and begun by Lorenzo Maitani. These and the aforementioned doors are Pisano's only known works. Pisano also contributed to freeing modern art from Byzantine influence. He died in 1348. 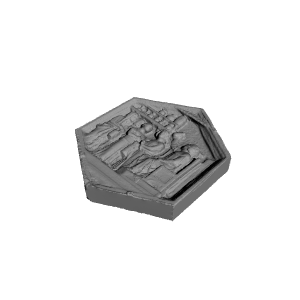 ×
1 collections where you can find Medicine by Scan The World