Mediterranean at The Middelheim Museum, Antwerp

3D
Scan The World
1,988 views 60 downloads
1 collection
Community Prints Add your picture
Be the first to share a picture of this printed object
0 comments

Mediterranean at The Middelheim Museum, Antwerp

In 1964, a two-month trip to Greace inspires his “Mediterránea” series. In 1966 he attended the inauguration of the Museo de Arte Abstracto Español in Cuenca, Spain, the museum purchased two of his works for its permanent collection: "Raíz" (1958) and "El Viento" (1966).

In 1969 the Grace Borgenicht Gallery of New York, hosted and individual exhibition of "Mediterráneas". The sculptures in this collection are made of iron sheets painted in vivid colors. Chirino starts to work with sheets, creating hollowed volumes. 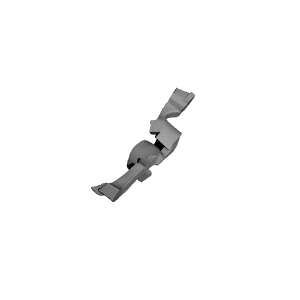 ×
1 collections where you can find Mediterranean at The Middelheim Museum, Antwerp by Scan The World