In Greek mythology Medusa is a monster, a gorgon, described as having the face of a female, and hair made of living snakes. By gazing directly into her eyes onlookers would turn to stone.

Medusa was beheaded by the hero Perseus, who thereafter used her head as a weapon until he gave it to the goddess Athena to place on her shield. In classical antiquity the image of the head of Medusa appeared in the evil-averting device known as the Goroneion. 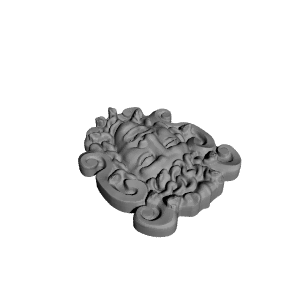 ×
7 collections where you can find Medusa Head by simongrell