3D
7,204 views 567 downloads
3 collections
Community Prints Add your picture
Be the first to share a picture of this printed object
0 comments

Megalodon meaning "big tooth", from Ancient Greek:"big, mighty", "tooth"—whose stem is odont-, as seen in the genitive case form is an extinct species of shark that lived approximately 15.9 to 2.6 million years ago, during the Cenozoic Era (middle Miocene to end of Pliocene). The taxonomic assignment of C. megalodon has been debated for nearly a century, and is still under dispute. The two major interpretations are Carcharodon megalodon (under family Lamnidae) or Carcharocles megalodon (under the family Otodontidae).Consequently, the scientific name of this species is commonly abbreviated C. megalodon in the literature. 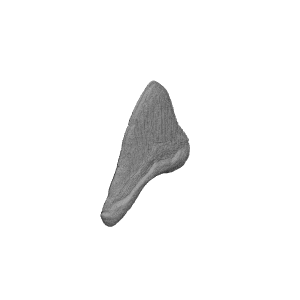 ×
3 collections where you can find Megalodon Tooth by ABCXYZ