3D
Scan The World
1,629 views 52 downloads
Community Prints Add your picture
Be the first to share a picture of this printed object
0 comments

This marble statue depicts Meleager holding a spear with a dog sitting by his foot.

In Greek mythology, Meleager was a hero venerated in his temenos at Calydon in Aetolia. He was already famed as the host of the Calydonian boar hunt in the epic tradition that was reworked by Homer. Meleager is also mentioned as one of the Argonauts.

The statue was discovered in Gymnasium of Salamis. 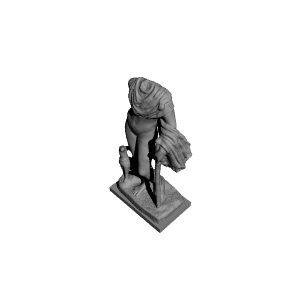 ×
0 collections where you can find Meleager by Scan The World