3D
Featured Scan The World
4,826 views 158 downloads
2 collections
Community Prints Add your picture
Be the first to share a picture of this printed object
0 comments

Meleager, Monte Cassino, 1st century A.D., marble. Ny Carlsberg Glyptotek (Copenhagen, Denmark). Made with Memento Beta (now ReMake) from AutoDesk.
In Greek mythology, Meleager was a hero venerated in his temenos at Calydon in Aetolia. Meleager was the son of Althaea and the vintner Oeneus and, according to some accounts father of Parthenopeus and Polydora. The hero stands with his dog at his side, holding a spear with which, according to the myth, he has killed the Calydonian boar. The many extant copies show that the statue reproduces a famous Greek work from around 340 B.C.
For more updates, please follow @GeoffreyMarchal on Twitter. 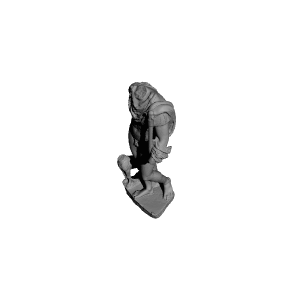 ×
2 collections where you can find Meleager from Monte Cassino by geoffrey.marchal