Commissioned for the Royal Buildings in 1703 and installed in 1706 near to the royal pavillion of the Chateau de Marly, framing the cascade of its river. It is a life size marble sculpture by Nicolas Coustou (Lyon, 1658 - Paris, 1733) depicting Meleager. In Greek mythology, Meleager was a hero venerated in his temenos at Calydon in Aetolia. He was already famed as the host of the Calydonian boar hunt in theepic tradition that was reworked by Homer. 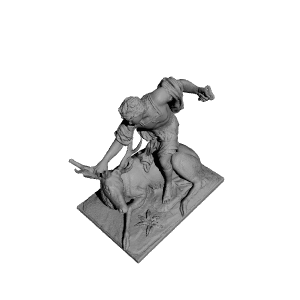 ×
1 collections where you can find Meleager Killing a Deer at The Louvre, Paris by Scan The World
×
Myo-Gul BAE
@BMG
0
Posted at: 30th September 2022
Loading comments...