This metal sculpture of an ageless woman from the Kingdom of Benin (today's Nigeria) probably adorned a memorial altar in Benin's royal palace. The bust has often been associated with Idia, the mother of Oba Esigie. She saved the kingdom from invaders in 1515 and her son rewarded her by giving he the title iyoba, which became one of the kingdom's most powerful political offices. 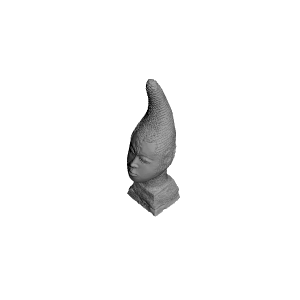 ×
3 collections where you can find Memorial Head of a Queen Mother (iyoba) by Scan The World
×
Romain Kidd
@romain
0
Material: PLA
Posted at: 19th April 2018