This is a memorial relief depicting Georg Lurich (1876 - 1920) was one of the most famous Estonian professional wrestlers.

There is an inscription on the stone next to the relief saying: 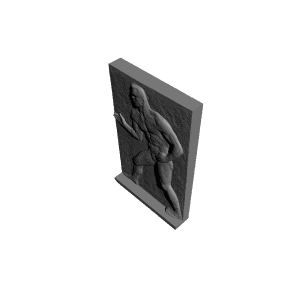