3D
360°
Featured Scan The World
1,949 views 270 downloads
2 collections
Community Prints Add your picture
Be the first to share a picture of this printed object
0 comments

Menander (c. 342-41 BC) was a Greek dramatist and the best-known representative Athenian New Comedy. He wrote 108 comedies and took the prize at the Lenaia festival eight times. His record at the City Dionysia is unknown but may well have been similarly spectacular.

This portrait is a Roman copy of a Greek original housed at the Ny Carlsberg Glyptotek. 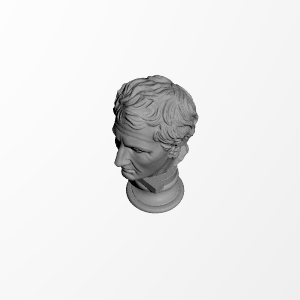