3D
Scan The World
3,501 views 218 downloads
2 collections
Community Prints Add your picture
Be the first to share a picture of this printed object
0 comments

Mephistopheles is a demon featured in German folklore. He originally appeared in literature as the demon in the Faust legend, and he has since appeared in other works as a stock character.

Although Mephistopheles appears to Faustus as a demon – a worker for Lucifer – critics claim that he does not search for men to corrupt, but comes to serve and ultimately collect the souls of those who are already damned. Farnham explains, "Nor does Mephistophiles first appear to Faustus as a devil who walks up and down on earth to tempt and corrupt any man encountered. He appears because he senses in Faustus’ magical summons that Faustus is already corrupt, that indeed he is already 'in danger to be damned'."

Mephistopheles is already trapped in his own hell by serving the Devil. He warns Faustus of the choice he is making by "selling his soul" to the Devil: "Mephistophilis, an agent of Lucifer, appears and at first advises Faust not to forgo the promise of heaven to pursue his goals”. Farnham adds to his theory, "...[Faustus] enters an ever-present private hell like that of Mephistophiles". 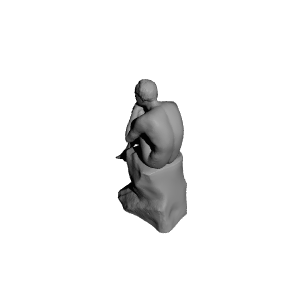 ×
2 collections where you can find Mephistopheles at The State Russian Museum, St Petersburg by Scan The World