3D
3,884 views 129 downloads
Community Prints Add your picture
Be the first to share a picture of this printed object
0 comments

Here 1 of my redesign charactr and i'm very happy with the outcome,  hope u like it #NUMBSTUDIO #73CK #SCULPTRIS

The Merlion (Malay: Singa-Laut) is a traditional creature in western heraldry that depicts a creature with a lion head and a body of a fish.[1]In Singapore, it has become a marketing icon used as a mascot and national personification of Singapore.Merlions do not feature in any local folklore or myths of Singapore, and was only used in Singapore initially as the logo for the tourism board. [1]The merlion occurs in a number of different artistic traditions. Lions with fishtails can be found on Indian murals at Ajanta and Mathura, and on Etruscan coins of the Hellenistic period. Merlions, or ‘heraldic sea-lions’, are an established element of Western heraldry, and have been used on the coat of arms of the cities of Portsmouth and Great Yarmouth in the United Kingdom; the City of Manila; and the East India Company. 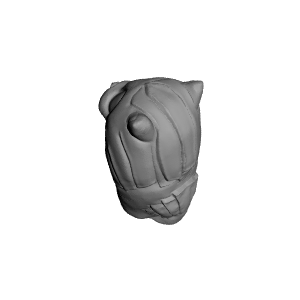 ×
0 collections where you can find merlion singapore mascot by 73ck