3D
360°
1,645 views 35 downloads
Community Prints Add your picture
Be the first to share a picture of this printed object
0 comments

Metaknight is an elusive galactic swordsman, capable of defeating gods. He made his first appearance in 1993's Kirby's Adventure, which this model is based off of. It's a simple one, but I wanted to be as accurate to the sprite work as possible when making this. Have fun with this one! 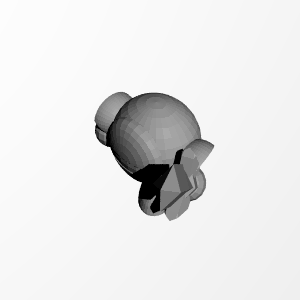 ×
0 collections where you can find Metaknight '93 by Hillbilly 'Mac