3D
360°
Scan The World
1,909 views 84 downloads
1 collection
Community Prints Add your picture
Be the first to share a picture of this printed object
0 comments

It has been determined that this meteorite predates earth at 4562.8 ± 0.3 million years old! After dislodging from a parent body, it is estimated that the meteorite spent 20 million years traveling through the Solar System before falling to the Moroccan desert where it was collected in 2012. Upon scientific analysis, a telltale extraterrestrial signature was detected –the presence of meteoritic iron, which is quite rich in nickel. In contrast, terrestrial iron is devoid of nickel. This was an immediate indication that the rock was not formed on Earth! Origin is unknown, however Mercury and the asteriod belt have been considered. 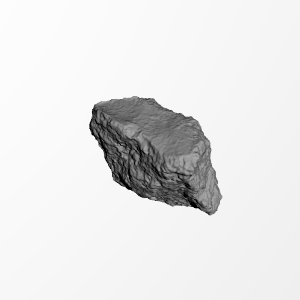 ×
1 collections where you can find Meteorite NWA 7325 by IPCH