Michael I of Romania in Copsa Mica, Romania

3D
Scan The World
3,537 views 101 downloads
Community Prints Add your picture
Be the first to share a picture of this printed object
0 comments

Michael I of Romania in Copsa Mica, Romania

In 1925, Michael's father Prince Carol had renounced his rights to the throne and moved to Paris in exile. In 1927, Michael ascended the throne following the death of his grandfather, Ferdinand I. In 1930, his father returned to Romania from exile and replaced his son as king, the regency ruling on behalf of his son dissolved. Carol II was deposed in 1940, and Michael once again became king.

In 1944, Michael participated in a coup against the military dictator Ion Antonescu and subsequently declared an alliance with the Allies. He was forced to abdicate in 1947 by the government controlled by the Communist Party of Romania, forced into exile, and was stripped of his citizenship a year later.

He married Princess Anne of Bourbon-Parma in 1948 with whom he had five daughters: Margareta, Elena, Irina, Sophie, and Maria. His citizenship was restored in 1997 and he currently resides in Romania.

He is the last surviving monarch or other head of state from the Interwar period, and the oldest of only three surviving heads of state from the Second World War, the others being the former King Simeon II of Bulgaria and Tenzin Gyatso, 14th Dalai Lama of Tibet. 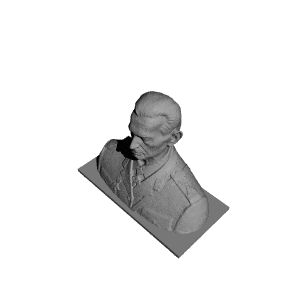 ×
0 collections where you can find Michael I of Romania in Copsa Mica, Romania by apllana