During his reign, which coincided with the Long War, these three principalities forming the territory of present-day Romania and the Republic of Moldova were ruled for the first time by a single Romanian leader, although the union lasted for less than six months. He is regarded as one of Romania's greatest national heroes.

His rule over Wallachia began in the autumn of 1593. Two years later, war with the Ottomans began, a conflict in which the Prince fought the Battle of Călugăreni, considered one of the most important battles of his reign. Although the Wallachians emerged victorious from the battle, Michael was forced to retreat with his troops and wait for aid from his allies, Prince Sigismund Báthory of Transylvania and Holy Roman Emperor Rudolf II. The war continued until a peace finally emerged in January 1597, but this lasted for only a year and a half. Peace was again reached in late 1599, when Michael was unable to continue the war due to lack of support from his allies.

In 1599, Michael won the Battle of Şelimbăr and soon entered Alba Iulia, becoming the Prince of Transylvania. A few months later, Michael's troops invaded Moldavia and reached its capital, Iaşi. The Moldavian leader Ieremia Movilă fled to Poland and Michael was declared Prince of Moldavia. Michael kept the control of all three provinces for less than a year before the nobles of Transylvania and certain boyars in Moldavia and Wallachia rose against him in a series of revolts. Thereafter, Michael allied with the Imperial General Giorgio Basta and defeated an uprising of the Hungarian nobility at Gurăslău in Transylvania. Immediately after this victory, Rudolf ordered the assassination of Michael, an action carried out on 9 August 1601 by Basta's men. 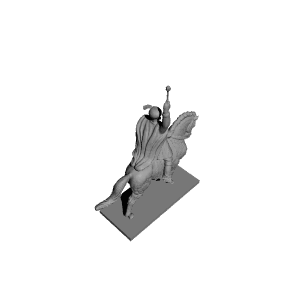