3D
360°
Scan The World
2,311 views 114 downloads
1 collection
Community Prints Add your picture
Be the first to share a picture of this printed object
0 comments

Michelle Morosini was born in Venice in 1670 to a Patrician family and was appointed Senator and Knight of the Golden Stole for his services to the Serenissima. Her reformed the Patavinum Studium and was a patron to men of letters and men of culture. He was appreciated by well-known men of culture of his time, for example Papadopoli, Facciolati, Graziani and Arrighi. He died in 1751.
The statue, work of the Paduan sculptor Luigi Verona, was commissioned by his son Lorenzo, the Procurator of St. Mark, and erected 1785. 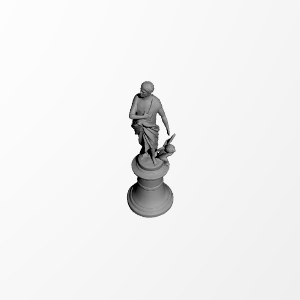