Michtlantecuhtli at The British Museum, London

3D
Scan The World
4,300 views 179 downloads
1 collection
Community Prints Add your picture
Be the first to share a picture of this printed object
0 comments

Michtlantecuhtli at The British Museum, London

Mictlantecuhtli was the focus of a death cult. This figure wears a skull mask and on the shoulder and back bears the glyphs, skill, vulture and house. Coastal styles seem to have influenced Aztec sculptors. The sandstone from which this object is made was probably obtained in Veracruz. In the course of their imperial conquests, the Aztecs brought back captured trophies like this and installed them in their own temples at Tenochtitlan. 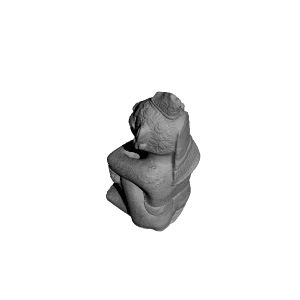 ×
1 collections where you can find Michtlantecuhtli at The British Museum, London by Scan The World