3D
Featured Scan The World
2,894 views 159 downloads
Community Prints Add your picture
Be the first to share a picture of this printed object
0 comments

Midas is remembered as a notorious lover of gold. This proverbially rich king of Phrygia, who is said to have discovered black and white lead, was the first to place offerings at Delphi, and it is told that he offered the royal seat on which he sat to give judgement. The seat was marvellous but had he offered his judgement instead, he would have lost nothing. 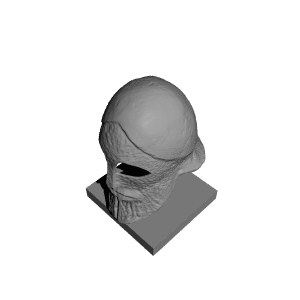