3D
5,846 views 168 downloads
1 collection
Community Prints Add your picture
Be the first to share a picture of this printed object
0 comments

Migi can change his forms depending on the situation, as such he doesn't have a constant appearance. He is also capable of changing his form into weapons such as an arm blade or create human like eyes and a mouth to communicate. As parasites are limited to only being able to mutate the area in the body they merged with, Migi is only able to transform the right arm of Shinichi. 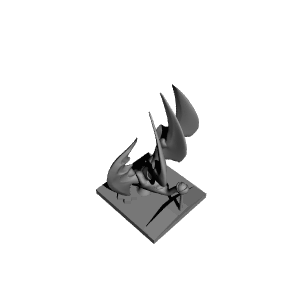 ×
1 collections where you can find Migi From Parasyte by Mr.Otis