3D
12,118 views 1,517 downloads
17 collections
Community Prints Add your picture
Be the first to share a picture of this printed object
1 comments

"I chose a half measure, when I should have gone all the way... I'll never make that mistake again. No more half measures, Walter." ―Mike Ehrmantraut talking about his mistakes in the past.

Michael "Mike" Ehrmantraut was a former Philadelphia police officer who worked as the Head of Corporate Security at Los Pollos Hermanos, hit man, consigliere, and enforcer in Gustavo Fring's crystal meth operation. On occasion, he served Saul Goodman as a private investigator, cleaner, and fixer. He is the secondary antagonist of Season 4 and the main antagonist for the first half of Season 5.

As a former beat cop and true professional, he maintained an extensive, up-to-date knowledge of forensic evidence, surveillance equipment, and police procedure. Mike was also well trained and cool in all types of combat situations, once using science and long strategy to take down a large number of hostiles sans fuss. A rough and rocky relationship between Jesse Pinkman and Mike began, and although initially being frustrated at being assigned to Jesse by Gus, he learned to like him after Jesse begins to show potential. However, Mike did not like Walt in the least, considering him to be selfish, arrogant, and egotistical.

He later becomes a reluctant partner in Walt and Jesse's meth operation, still despising Walt and feeling depression over Jesse's choices. Mike is a calm and calculating individual who efficiently performed his duties for Gus, using his extensive knowledge to do so without detection. Like Walt, Mike is a family man who enjoys an affectionate relationship with his granddaughter. He had an offshore account for $2 million held in his granddaughter's name, set up by Gustavo Fring, with no activity in the account. 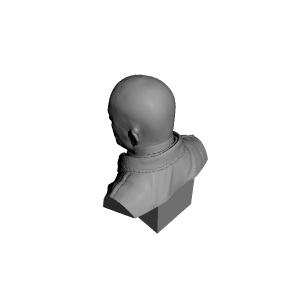