3D
Scan The World
2,674 views 126 downloads
Community Prints Add your picture
Be the first to share a picture of this printed object
0 comments

Mikhail Vasilyevich Lomonosov (November 19 1711 – April 15 1765) was a Russian polymath, scientist and writer, who made important contributions to literature, education, and science. Among his discoveries was the atmosphere of Venus and the Law of Mass Conservation in chemical reactions. His spheres of science were natural science, chemistry, physics,mineralogy, history, art, philology, optical devices and others. Lomonosov was also a poet and influenced the formation of the modern Russian literary language. 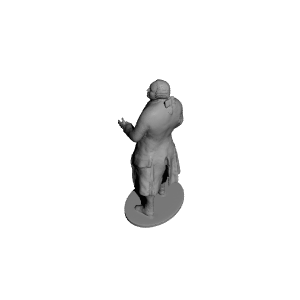 ×
0 collections where you can find Mikhail Lomonosov at MUZEON, Moscow by Scan The World