3D
Scan The World
2,611 views 261 downloads
Community Prints Add your picture
Be the first to share a picture of this printed object
0 comments

This plaster cast after the marble in the Vatican Museum depicts Minerva, the Roman goddess, identified with the Greek Athena, who was born fully clothed from the head of her father Zeus. Accompanied by a snake, she carries a spear and wears an aegis or protective goatskin breastplate.

The cast is known as the Minerva Giustiniani as the original marble was first recorded in the Giustinianicollection in the early 17th century. 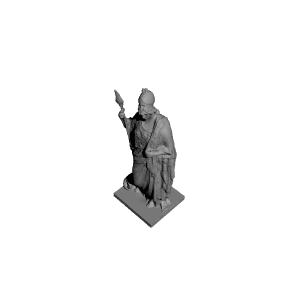 ×
0 collections where you can find Minerva by Scan The World