Minerva at The British Museum, London

3D
Scan The World
10,254 views 639 downloads
2 collections
Community Prints Add your picture
Be the first to share a picture of this printed object
0 comments

Minerva at The British Museum, London

Athena (or Athene) was a virgin goddess of arts, crafts and war, and patroness of the city of Athens. When Zeus' first wife, the wise goddess Metis, was pregnant with Athena, Zeus heard that a second child would usurp him. He swallowed his wife to prevent her bearing another baby. Regretting his haste, Zeus asked either Prometheus or Hephaistos (traditions differ) to release the first child that Metis had been carrying. With a blow from an axe, Athena was released and emerged, fully armed, from her father's head - to the consternation of the other Olympians.

Athena favoured courage and ingenuity, and aided practical tasks. She helped Perseus kill the gorgon Medusa, and afterwards wore the gorgon's head on her aegis. She assisted Herakles, Bellerophon and Cadmus, and played a part in the building of the Argo and the Wooden Horse. She also presided over women's household crafts, particularly weaving.

The goddess had a shrine in Troy, but like Hera she was angry that Paris had not selected her in the beauty contest and so supported the Greeks in the war - particularly Odysseus, whose resourcefulness she encouraged. She was widely worshipped, but her most famous shrine was of course in Athens, where the Parthenon was her temple. She is shown in art as an imposing goddess, armed with helmet, spear, aegis and shield. The owl was her special bird, and the olive tree her gift to Attica. 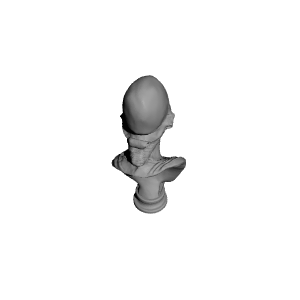 ×
2 collections where you can find Minerva at The British Museum, London by Scan The World