Minerva of Arezzo at the National Archaeological Museum, Florence

3D
Scan The World
2,275 views 108 downloads
1 collection
Community Prints Add your picture
Be the first to share a picture of this printed object
0 comments

Minerva of Arezzo at the National Archaeological Museum, Florence

Found in a well in an early imperial era residence in arezzo in 1541, this statue of the goddess of war and wisdom entered Cosimo I de’ Medici’s collection of antiquities in 1551 and adorned the duke’s writing desk after 1559. This is a rare Hellenistic variant of a statue of the school of Praxiteles, which can be dated to 340–330 BCE and of which at least twenty-five copies have survived. 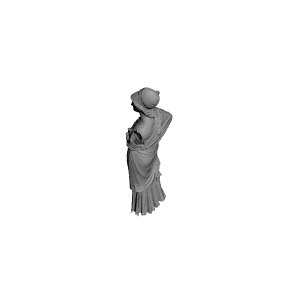 ×
1 collections where you can find Minerva of Arezzo at the National Archaeological Museum, Florence by Threedscans