3D
4,298 views 180 downloads
3 collections
Community Prints Add your picture
Be the first to share a picture of this printed object
1 comments

The Towers of Hanoi is an ancient puzzle played with three stacks and any number of differently-sized disks. At the start, all the disks are in the leftmost stack, with the largest disk on the bottom and the smallest on the top. The object is to get all the disks over to the rightmost stack.

To move a disk, click on it. (If you can't click on a disk, it means you can't legally move it anywhere.) If there is only one place the disk can be moved to, it will be moved there automatically; otherwise, you'll have to click on a stack to move it to. 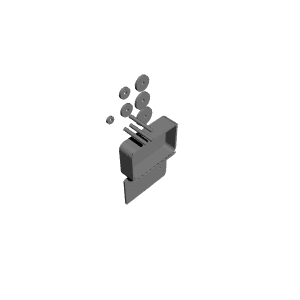