3D
5,948 views 400 downloads
2 collections
Community Prints Add your picture
Be the first to share a picture of this printed object
0 comments

The Minnesota Vikings are a professional American football team based in Minneapolis, Minnesota. The team has played in four Super Bowls, but lost in each one. The Vikings joined the National Football League (NFL) as an expansion team in 1960, and first took the field for the 1961 season. They currently participate in the North Division of the National Football Conference (NFC); prior to that, the Vikings were in the NFC Central Division, and before that they were in the NFL's Western Conference Central Division. In May 2012, a bill was passed to build a new stadium for the team at the site of the Metrodome. The new stadium is expected to be open for the 2016 season. The Vikings play their home games at TCF Bank Stadium at the University of Minnesota while the new stadium is being built. 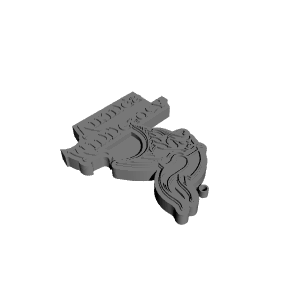 ×
2 collections where you can find Minnesota Vikings by rozoom