The Minoan civilization was an Aegean Bronze Age civilization that arose on the island of Crete and other Aegean islands such as Santorini and flourished from approximately 3650 to 1400 BC. It was rediscovered at the beginning of the 20th century through the work of British archaeologist Arthur Evans. Will Durant referred to it as "the first link in the European chain."

There is recent stone tool evidence that humans – either prehuman hominins or early modern humans – reached the island of Crete perhaps as early as 130,000 years ago; however, the evidence for the first anatomically modern human presence dates to 10,000–12,000 years ago. It was not until 5000 BC in the Neolithic period that the first signs of advanced agriculture appeared in the Aegean, marking the beginning of civilization. 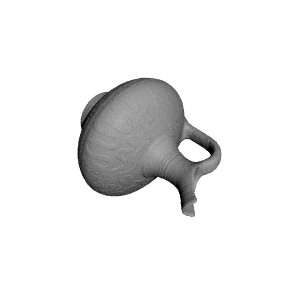