3D
3,960 views 211 downloads
Community Prints Add your picture
Be the first to share a picture of this printed object
0 comments

In Greek mythology, the Minotaur, was a creature with the head of a bull on the body of a man or, as described by Roman poet Ovid, "part man and part bull". He dwelt at the center of the Labyrinth, which was an elaborate maze-like construction designed by the architect Daedalus and his son Icarus, on the command of King Minos of Crete. The Minotaur was eventually killed by the Athenian hero Theseus.After he ascended the throne of the island of Crete, Minos competed with his brothers to rule. Minos prayed to Poseidon, the sea god, to send him a snow-white bull, as a sign of support (the Cretan Bull). He was to kill the bull to show honor to the deity, but decided to keep it instead because of its beauty. He thought Poseidon would not care if he kept the white bull and sacrificed one of his own. To punish Minos,Poseidon made Pasiphaë, Minos' wife, fall deeply in love with the bull. Pasiphaë had craftsman Daedalusmake a hollow wooden cow, and climbed inside it in order to mate with the white bull. The offspring was the monstrous Minotaur. Pasiphaë nursed him, but he grew and became ferocious, being the unnatural offspring of a woman and a beast, he had no natural source of nourishment and thus devoured man for sustenance. Minos, after getting advice from the oracle at Delphi, had Daedalus construct a gigantic labyrinth to hold the Minotaur. Its location was near Minos' palace in Knossos. 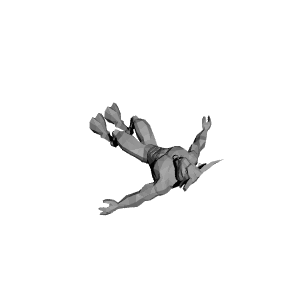