Miracle of the Mule

3D
Scan The World
2,500 views 107 downloads
Community Prints Add your picture
Be the first to share a picture of this printed object
0 comments

Miracle of the Mule

In the Miracles series Donatello adopted flattened relief on a roughened surface which served to break up the light and diffuse it, thus achieving a luminous atmosphere in which the incorporeal images appear to float. Never until now had architecture played such a prominent part in narrative relief scenes. In the Miracles it is the rhythm of the architecture that unites the jostling crowd and is felt to be the chief protagonist.

In the Miracle of the Ass, an ass, which had previously stubbornly refused its food, sinks to its knees in front of a host which Anthony holds out to it. Those around observe the miracle of the ass with the greatest amazement. 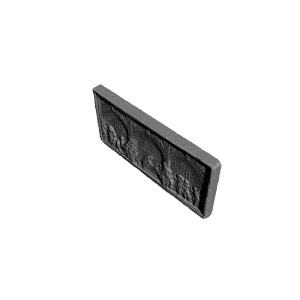