3D
Scan The World
3,161 views 250 downloads
2 collections
Community Prints Add your picture
Be the first to share a picture of this printed object
0 comments

This sculpture is called La misère by Jean-Baptiste Hugues who was born in Marseille in modest circumstances. He studied sculpture in his hometown where he was a pupil of Antoine Bontoux (1805-1892) and then in Paris of Augustin Dumont (1801-1884) and Jean-Marie Bonnassieux (1810-1892). Jean-Baptiste Hugues won the second prize in the Prix de Rome in 1872 and in 1873. He won the Grand Prix de Rome for sculpture in 1875 with plaster bas-relief "Homer, accompanied by his young guide, sings his poems in a city of Greece." From 1876 to 1879 he was a resident at the Villa Medici in Rome from where he sends his first pieces at the Paris Salon. Awarded at the Salon several times, Jean-Baptiste Hugues triumph with "Oedipus at Colonus" in 1882 with a first class medal. He won a gold medal at the Universal Exhibitions of 1889 and 1900. In 1897, he became modeling professor at the Ecole des Beaux-Arts in Paris and became a member of the Higher Education Council in 1905. 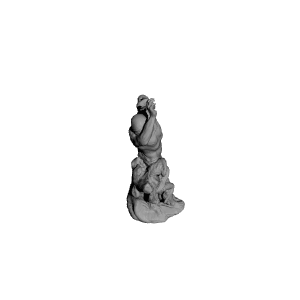 ×
2 collections where you can find Misery at the Jardin des Tuileries, Paris by Scan The World