3D
Scan The World
4,884 views 209 downloads
Community Prints Add your picture
Be the first to share a picture of this printed object
0 comments

The mission was founded on All Saints' Day November 1, 1776, by Spanish Catholics of the Franciscan Order. Named forGiovanni da Capistrano, a 15th-century theologian and "warrior priest" who resided in the Abruzzo region of Italy, San Juan Capistrano has the distinction of being home to the oldest building in California still in use, a chapel built in 1782. Known alternately as "Serra's Chapel" and "Father Serra's Church," it is the only extant structure where it has been documented that the padreJunipero Serra celebrated mass. One of the best known of the Alta California missions, and one of the few missions to have actually been founded twice—others being Mission San Gabriel Arcángeland Mission La Purísima Concepción. The site was originally consecrated on October 30, 1775, by Father Fermín Lasuén, but was quickly abandoned due to unrest among the indigenous population in San Diego. 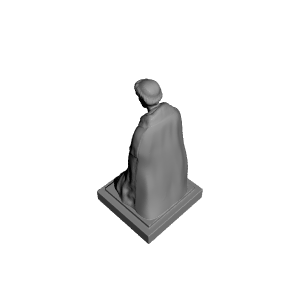 ×
0 collections where you can find Mission Priest at the Mission San Juan Capistrano in California, USA by Scan The World