3D
Scan The World
8,455 views 1,541 downloads
17 collections
Community Prints Add your picture
Be the first to share a picture of this printed object
0 comments

Rano Raraku is a volcanic crater formed of consolidated volcanic ash, or tuff, and located on the lower slopes of Terevaka in the Rapa Nui National Park on Easter Islandin Chile. It was a quarry for about 500 years until the early eighteenth century, and supplied the stone from which about 95% of the island's known monolithic sculptures (moai) were carved. Rano Raraku is a visual record of moai design vocabulary and technological innovation, where 397 moai remain. Rano Raraku is in the World Heritage Site of Rapa Nui National Park and gives its name to one of the seven sections of the park.

On the outside of the quarry are a number of moai, some of which are partially buried to their shoulders in the spoil from the quarry. They are distinctive in that their eyes were not hollowed out, they do not have pukao and they were not cast down in the island's civil wars. For this last reason, they supplied some of the most famous images of the island. 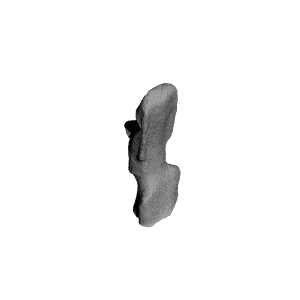 ×
17 collections where you can find Moai Head in Rano Raraku, Easter Island by Scan The World