3D
Scan The World
5,097 views 650 downloads
11 collections
Community Prints Add your picture
Be the first to share a picture of this printed object
0 comments

The two dogs - possibly Molossi of Epirus - did not originally from a pair and are of differing provenance. These are imperial Roman copies of Hellenistic originals of the 3rd century BC showing the dogs used to seize large prey during the hunt. Their aspect, however would appear to be inspired by the iconography associated with lions. 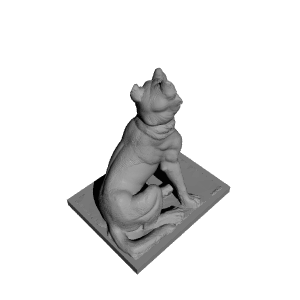