3D
2,567 views 522 downloads
7 collections
Community Prints Add your picture
Be the first to share a picture of this printed object
0 comments

Lt. Kain has been fighting Monsters for so long she has adopted many of their brutal tactics. The men and women under her command respect her ability to instill fear in even the most deranged and despicable monsters.

This model is a 28mm Heroic scale model, standing 3.5 cm at the top of her head. She is roughly equivalent to an imperial guardsman in the Warhammer range, but she is appropriate for any similarly sized miniature range. 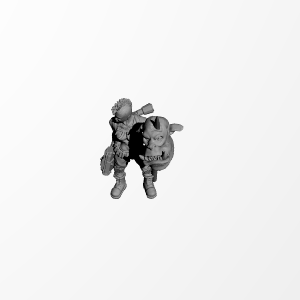 ×
7 collections where you can find Monster Hunter Sargent by justinhorvath