3D
Scan The World
2,319 views 63 downloads
Community Prints Add your picture
Be the first to share a picture of this printed object
0 comments

Petroglyph found at La Muerta. Depicts the profile of a character wearing a mask representing the "Chaak" deity, usually related to the Kan Kingdom. It was one of the greatest Regional States that was composed of a large number of main and secondary cities and rural settlements, organized through an alliance under the management of the serpent dynasty.

It had different forms and its capital changed location along its history. It is believed that Nakbe functioned as the primary seat of political power in the Middle Preclassic (800-200 B.C.); And El Mirador is recognized as the capital during the Late Preclassic (200 B.C. — 250 A.D.) when it was the largest city in the region communicated with important centers through an extensive network of causeways and having the capacity of controlling long distance trade routes.

During the Early Classic (250-550 A.D.) a large rock was sculpted at the archaeological site of La Muerta, a secondary settlement of El Mirador where one of the first examples of the glyph of the Serpent Head appeared. Some years later the use of the glyph of the Head Serpent is registered in the city of Dzibanche in Mexico, where possibly the dynasty settled after the abandonment of the area of El Mirador. Nevertheless, after 630 A.D. the capital of the Kan Kingdom was located at Calakmul, Mexico from where it managed important regional alliances that included sites like Caracol in Belize, and also La Corona, El Peru Waka, El Zotz, Naranjo, and Dos Pilas in Peten, Guatemala. 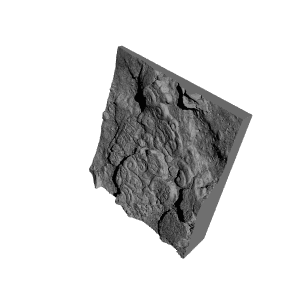