3D
Scan The World
1,837 views 94 downloads
1 collection
Community Prints Add your picture
Be the first to share a picture of this printed object
0 comments

Lieven Bauwens (Ghent, June 14 1769 - Paris, March 17, 1822) was a Belgian entrepreneur dealer. Lieven Bauwens was born in Waaistraat near Ghent Friday Market. A plaque beside the socialist housing indicates the place where the Lieven Bauwens birthplace once stood. He was a boy already possessed machinery. When he was 17 years Bauwens was sent by his father to Britain in order to study the technique of tanning (skin oil), after which he successfully modernized the tannery of his father. As an industrial spy Bauwens made several trips to Britain and could include smuggling the Mule Jenny and trained personnel to the mainland. For this he was sentenced to death by the British. With smuggled machines Bauwens established two cotton spinning up in 1799 in Passy in Paris and in 1800 a inGent, especially in the Old Abbey of Drongen. In that period - it was the time of the French bezetting-, he was mayor of Ghent for one year. As an enterprising industrialist, he was visited by Napoleon in Ghent in 1810 and awarded the Cross of the Légion d'honneur. In 1814 Bauwens went bankrupt. He then focus on the processing of silk waste, but found no support in the new (Dutch) government. He died at the age of 52.

Already in 1849 they wanted to erect a statue in honor of Lady Bauwens. In 1866, was placed a design in plaster on the current location (the Lieven Bauwensplein). Despite Lieven Bauwens was a disputed figure, the city of Ghent established in 1885 a bronze statue of him on the important Vlaanderenstraat. Originally it was to give this place a bronze statue meant to the newly unveiled South Station, but this did not happen, because the city council feared offending English visitors at the sight of so many tributes to the nemesis of England. 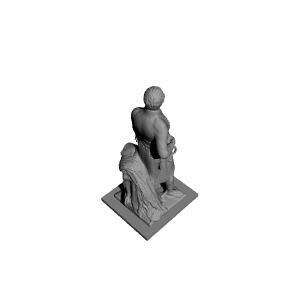